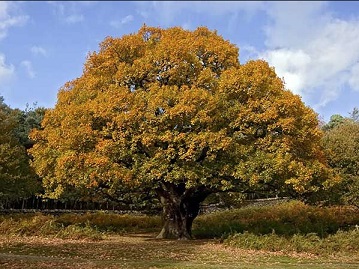 I winced as Lorraine snatched the tattered dress off our bed and screwed her face into a mask of malice. Her hands trembled as she crumpled the cloth into a wad. “I’ll never wear this again after that nasty remark.”

Blast it. I hadn’t intended to say she looked less than beautiful. I swallowed.

She shook the spongy ball of material at me. “I hate you, Benjamin Christian. I wish you’d never been born.” She flung the threadbare garment over her shoulder. It sailed behind her in a billowing arc to plop atop the woodpile beside the stove. It kicked off two logs which rolled and clunked to the floor. Her eyes never left my face. They narrowed and her voice rose. “I’ll never wear it again. Do you hear?”

My throat tightened as I held back an unkind reprisal. Where had she gotten such temper? I clenched my hands. “That’s your only dress. You can’t go half-naked.”

Her mouth contorted into a ragged scar. Her eyes squinted into slits. “You know what I want,” she screamed before snatching the mending basket and hurling at me.

I ducked as the wicker-handle clipped my arm. It stung but not as much as her ax-sharp words. The flying basket had resembled a tipped-over sack of beans as it dumped a multitude of sewing-items across the floor. A spool of thread clattered and twirled like a top before wobbling to roll into the fireplace. It fizzled, popped, and blackened in the flames.

Through the opened window, Mrs. Inman, our neighbor, scurried behind the clothes on her wash line as if to gain protection from my wife’s verbal barrage.

I gritted my teeth against a retort that lay poised in my throat, then snatched the flintlock rifle from above the hearth.

She glowered at me as if daring it.

For a moment I glared back and tightened my lips. If both of us stayed in the cabin, awful things would happen. I stomped outside and slammed the door. From between the cabin logs, chinking loosened and rattled to the hard earth like pebbles in a bucket. Her eyes probably shot arrows at my retreating back.

My fist balled. At times she could be worse than a mule, but never had she been in this mood. Why did she demand more than we could afford?

No man should suffer the tongue of a troublesome woman; no man. The trail sped away from Fort Pitt. It wound its way through the trees and ascended in switchbacks up the steep mountainside. Like a starving beggar my legs swallowed up the distance, and my shirt clung with sweat. Halfway up the slope I rested, my breathing raspy.

Protests from a flock of crows erupted overhead, a woodpecker’s rat-a-tat-tat echoed through the trees, a rabbit swished beneath the underbrush as it skittered off the trail, and the icy river gurgled below. My pulse eased; my temples cooled.

I resumed my climb and gauged the pace to not make a sound or to raise dust. With every step, a bit of my fury evaporated, seeping through my moccasins to dot the trail like evenly spaced leaves. The path crested along the ridge, then dipped into a dell to hide our cabin from view.

Why did Lorraine harangue me when she knew we couldn’t pay for new clothes? We never fought about anything else. In the past I’d earned a few coins and had tried to hold back some for her. But the Colonel’s tax to fight Indians had depleted our savings.

Upon reaching a dappled clearing, I scanned the quiet area. Overhead the arching branches formed a gigantic leafless roof. High fluffy clouds drifted above the mountains to display an expansive view of creation. The wind whispered of an awesome God.

Oh, if I could only emulate its flight, and glide from mountain to mountain, and feel the breeze ruffling my hair. That would be like the solitude the Lord intended.

I squatted at the base of a tree and rested my gun across my knees. The quiet of the forest trickled up through me. My breathing eased. My tight muscles relaxed.

Two squirrels chattered a short distance away, bickering over the nuts they’d collected for the coming snow. Did all animals squabble? Did other married folks fight? My first wife had never yelled.

A single oak in the center of the glade stood like a sentinel, not fifty yards distant. Something about it grabbed my attention. Though similar to the others, this one stood taller and a great deal more weathered. In spite of its leaning posture, its well-planted roots anchored it against the ever-present winds.

My calloused work-swollen hands mirrored the tree’s rough bark. Lorraine hadn’t minded their scratchiness when we made love last night. My palms had trailed over her stomach to rest on her soft bosom. She giggled at their coarseness.

Then this morning she awoke to glare at her faded patchwork-mended garment. She spun, and quick like a cat pounced with extended claws. “You don’t love me or you’d get me a store-bought dress.”

I did love her. What was I supposed to do? The frontier didn’t allow much in the way of fineries. I tried to envelop her in my arms and soothe away the inability to buy such an expensive item. She shoved me away, hard. Had it been six months since we’d wed?

It seems only days since I first saw her. The Indians had killed her family, and she emerged from the forest shrouded in a horsehair blanket while escorted by a group of soldiers. Her legs were cached in layers of mud. Her red swollen eyes had melted my heart into a bowl of pudding. To me, she was an angel arrayed in royal garb, an angel with auburn hair.

A week later I asked if we could marry because my children needed a mother. She agreed. If she remained unattached, she’d become known as a loose woman and her reputation would be sullied.

Overhead, the wind tugged at the bare branches of the towering oak. The brisk winter air twirled the leaves at the base of the tree. Those eddies had resembled my stomach this morning when it churned like soured milk at my wife’s ranting.

Over the months I’d come to love Lorraine. Had she come to love me? Today’s screaming-outburst had put a question to that possibility.

The other day Caleb, my youngest, had split his toe with a rock. Lorraine set aside her baking for part of the morning to tend his injury. After bandaging it, she cradled him against her chest and rocked him. She sang songs and related a funny story about a rascally rabbit. The other children congregated at her feet to listen to the tale. When she finished, they begged for another. Soon we were all laughing.

Last month, Mrs. Inman took sick, and with her husband on an extended trip, Lorraine cared for her, cooked her meals, and watched her children. Mrs. Inman said Lorraine was a beautiful woman both inside and out. Everyone at the fort said I was lucky to have found such a wonderful wife.

I heartily agree with those sentiments, but how do I handle Lorraine’s insatiable craving for nicer clothes?

The trouble seems to have started when Colonel Bouquet arrived three months ago with his wife. She displayed finery such as Lorraine had never seen. Lorraine said to me, “Isn’t that dress lovely,” and “How would I look in it?” and “When will you buy me one?”

A strong gust blew up the valley. The hawk fluttered for a moment before veering away. The wind whistled around the majestic oak, and the few remaining leaves whipped like flags in a winter’s gale.

Lorraine longed for attractive finery; much like that tree when in autumn it had been bedecked foliage. At the trading post, the shopkeeper was selling a dress with patterns of reds and browns and golds. My wife would look lovely in such a garment, and I couldn’t begrudge her the desire. But my money pouch would be worse than empty.

Movement at the edge of the glade snagged my attention. Indians? I held stock-still. Had they returned to raid the settlement? Or was it a hunting party in search of meaty game? I tensed, ready to bolt and rouse the fort.

A whitetail buck emerged from the shadows and nosed the air. He flicked his tail.

I almost whistled at the enormous size of the stately animal; larger than any deer I’d ever seen. I barely breathed. For an eternity he probed the meadow with his senses.

He hadn’t spotted my presence so I eased behind a tree and counted his antler points, twelve … thirteen … fourteen. A truly magnificent animal.

The buck, satisfied that no danger existed, stepped into the clearing. Three female does followed at a short distance while they browsed.

The four deer glided up to the solitary oak as the buck pawed through the thick blanket of leaves in search of acorns. Two does nibbled the uncovered treats. This male was their provider; they seemed content within his security. Could Lorraine ever be content with mine?

Slowly I extended my arms. My kinked muscles protested. My breathing steadied.

In half a heartbeat the antlered head snapped up. His nostrils flared. His ears pivoted back and forth. His female companions stepped closer to their mate. Their muscles quivered as they prepared to flee. For a long while, they didn’t move except for their twitching ears.

The graceful stance of these wild deer mirrored the lovely grace of Lorraine in the evenings when she curled her legs under her as we chatted about the day’s events. Her movements were quite elegant in spite of her less than flattering garb.

Could the buck hear my pounding heart? Did he sense me hidden within the surrounding brush?

The whitetail pawed the earth, then relaxed. He turned and raked his antlers against the tree. The loosened bark fluttered in the wind, and the exposed wood declared that this meadow belonged to him. He was the proud protector in an unchallenged domain. The buck provided for his does. Could he provide for Lorraine too?

My finger twitched. The frizzen pan flashed, and an explosion of black powder shot a half-inch lead ball down my rifle barrel. It whizzed true, straight through the buck’s neck and lodged in the chest of the doe behind him.

The magnificent animal leaped in an ungraceful arc. He landed, took four quick steps, wobbled, and crumpled. Two of the does bounded away through the trees, their white tails flashing high like warning beacons.

I closed my eyes and said a quick prayer of thanks. Happiness from deep inside bubbled like an artesian spring. It would take an hour to field dress both animals, and then, after fetching help, the rest of the day to transport them out of the woods.

Meat would adorn our table for a week.

There would be plenty to sell at the fort for cash money.

And tonight, Lorraine would wear a pretty store-bought dress.