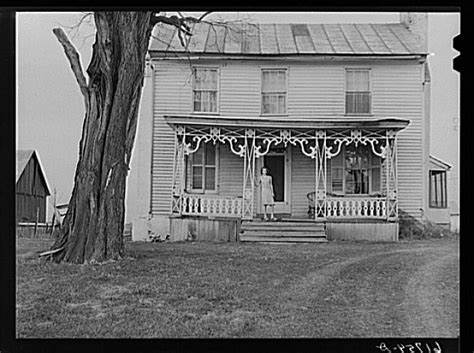 I stepped behind April and draped my arms over her shoulders as she slouched at the vanity in her sister’s bedroom. April’s hands trembled while she covered her face to muffle the sobs. I leaned over and kissed her salty cheek. “Calm down, will you?”

My lips tightened. “We’ve gotta talk. Will you stop crying to help me figure out what to do?”

She nuzzled my hand and kissed it. Her crying melted my heart like an icicle in the summer’s heat.

Cuss her family. They had no right to lock the bedroom door and treat us like this.

My fingers eased into April’s knotted shoulders. At the same time, I envisioned my fists thrashing her brother into a bloody heap. “Honey, I don’t want to be here either.”

I sighed, picked up a brush, and passed it through her hair. Her black silken tresses tumbled almost to her waist. Since the early teens, her hair had been a crowning glory. When we’d made love, I intertwined my fingers in her black strands of silk. Then she would kiss me and whisper, “I love when you do that.”

April’s crying softened with each stroke.

“Honey, I’m sorry. This shouldn’t have happened.” But it had happened; no thanks to her brother. My hand tightened around the handle. I closed my eyes. The day’s earlier scenes wouldn’t fade. “Why is your family so pigheaded? Can’t they understand?”

April daubed her eyes and smeared eyeliner down her cheek. Her lips pinched into a thin line. “My folks have always been stubborn.”

During the earlier altercation, she’d taken the brunt of her father’s tirade, wincing with each word as if sliced by a razor. But it was her brother whom I would never forgive. He started this ruckus, and for him it was a joke.

I flexed my fist. If I had my druthers he’d never smile again, or at least be sporting a toothless smirk from which his mother would shrink away.

From my perspective, her family had maligned us, yet her father’s words cut April deep. But was she torn between him and me? “What about the things your dad said?”

April’s face darkened in the mirror. “Pa’s hateful. He don’t forgive.” She hesitated. “You’re not sorry about the trip, are you?” She gazed at my reflection, probably trying to ascertain if I had doubts.

I took a moment to consider the past several months, then smiled. “Wouldn’t have missed it for anything. It was your idea. Remember?”

She nodded and a shine appeared in her eyes.

It seemed silly at that time. I’d taken April to the cinema for the grand opening of Gone With the Wind. The travel reel before the main attraction had snagged her attention, like reeling in a trout, as it displayed the panoramic beauty of the western U.S.

After we left the movie theater April bounced up and down like an eight-year-old school girl. “Let’s go. Let’s drive west. Can we please?”

I laughed aloud. “Why do you want to travel like a gypsy?”

“It’d be fun. Planned trips are boring. We could go from town to town, stop when we want, and get a job whenever. Could we, please?” April held her chin low, her eyebrows raised, and her head cocked. She knew how to melt my heart.

Her persistence paid off. I relented. Our journey would be like an extended holiday.

April quit her job, and I left the university with plans to resume my studies once we returned. Funds weren’t an immediate problem because of money from my parent’s estate.

At first, we played tourist by visiting the historical spots. Occasionally we found work which permitted us to interact with the local community. Following a short stay at one town, we moved to the next. But it was April’s knack for encouraging folks to reveal known details about the area’s local history. All of this had kept our journals filled.

Most of the time we slept in third rate motels, but once in a while we befriended a citizen who provided us with two or three weeks’ lodgings until we resumed our travels.

Then confound it, two days ago we made the stupid mistake of returning to visit her family in Tennessee. She wanted to pick up a few items before we continued our trip. On each of our prior visits to this house it seemed as if I’d stepped back a hundred years to when corn liquor was the medium of exchange.

We arrived this morning right after breakfast. When her relatives gathered to hear the tales of our trip, her brother asked April one simple question. He laughed in jest of course.

After that, things happened fast, no thanks to that stupid idiot. And all of that led to our current state of affairs. The midafternoon heat and locked windows made this room stuffy.

I gritted my teeth. “Why did your brother have to open his mouth? Couldn’t he have kept it shut?”

She shrugged. “Pa calls him a blabbermouth. He’s never been able to keep quiet.”

Her brother and I nearly fought. Only her father’s intervention and ten-minute lecture had prevented blows. But once the patriarch spoke, each family member considered his word as law. That placed April and me at center stage in a huge family uproar. Before today we didn’t have a care in the world. In a few minutes our lives would change, much like a white shirt dropped in a basin of red dye.

April’s swollen eyes reflected back from the mirror.

I kissed the top of her head.

She leaned back against me, gripped my hands, and held them to her chest.

I swallowed. “What should we do?”

She shook her head. “Really, there’s nothing we can do. It’s been decided.”

I closed my eyes for a moment. We seemed to be the only sensible people in a turbulent pool of insanity. “Think there’s any chance we could talk your father out of it?”

A combination of hatred and anger paraded across her face. “I hate Pa. Oh, gosh I hate him! He never changes his mind.” She spit out the last words.

I lowered my voice. “So, when can we leave?”

April spoke through pinched lips. “Before nightfall. Pa made it plain we have to be gone by then.”

I squeezed her hands. “I love you, April.”

Our eyes locked in the mirror. “That’s nice to know considering our predicament.”

We both spun around as a key turned in the lock and the door opened. Her little sister slipped through the widening crack. She remained silent for a time, studying the floor and finding it overtly interesting. The girl didn’t look at us. She licked her lips and mumbled, “It’s time, April. Uncle Matt’s here.”

April closed her eyes for a second before glancing through the mirror at me. “Let’s get it over with.”

My hand brushed her cheek. “Straighten your makeup. Can’t have you looking like this.”

She examined herself in the mirror. “With these red eyes?”

I winked. “Today’s events weren’t in our plans. But let’s put on a grand show.”

She grinned and reached up, grabbed the front of my shirt and pulled me down for a kiss. “I love you.” She took the next few minutes to apply lipstick, rouge, and eyeliner.

We walked hand in hand to the crowded living room that had already filled with hazy blue smoke from the gathered family clan’s cigarettes.

At the far side, just over everyone’s heads, with his legs hanging through the stair railings, her brother popped into view. He cackled a mocking laugh, much like a monkey at the zoo.

His teeth needed rearranged. I took a half step toward him and set my jaw.

April grabbed my arm and struggled to hold me back. She said, “It won’t make no difference. Look.”

Her dad, three uncles, four brothers, and half a dozen cousins, not to mention twenty or so female members of the family, had congregated near the exits in case we tried to bolt. From outside, all the children peered through grime streaked windows to witness the spectacle.

Maybe it wouldn’t make a difference, but I still wanted her brother to eat a knuckle sandwich. His question, “Did ya sleep with him, sis?” started this whole commotion. Now her family was forcing us to stand in front of her Uncle Matt, a Justice of the Peace.

For the next few minutes April and I eyed the double barreled twelve-gauge scattergun cradled in the crook of her father arm.

Shotgun weddings ought to be against the law.