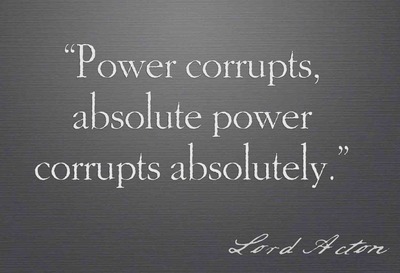 In this verse, there are four accusations. This verse could be paraphrased as: “You never listened; you never took correction; you never trusted in Jehovah; you never drew near.”

What did this city do to receive such a terrible condemnation? In Israel, every person had heard God’s instructions, they were given clearly to everyone. The people had agreed to follow these commands down through all generations.

But, they did not, so, there was no excuse.

Really, this is nothing different than what we find in our own country. Our country was begun on the principles of the Bible, godly teaching, and right morals. Down through the years these ideas have slipped and were replaced by retirement accounts, bank balances, insurance, security alarms, body guards, job guarantees and anything else that was looked upon as security. In our world which is overcome by fears of the future, God offers safety.

But we choose money.

ERGO: WE DO NOT TRUST.

Let’s continue in our study …

“A democracy cannot exist as a permanent form of government. It can only exist until the voters discover that they can vote themselves largesse (generous gifts) from the public treasury. From that moment on, the majority always votes for the candidates promising the most benefits from the public treasure, with the result that a democracy always collapses over loose fiscal policy, [which is] always followed by a dictatorship.” – attributed to Alexander Tytler.

Her princes in her midst are roaring lions; her judges are evening wolves that leave not a bone till morning. Zephaniah 3:3 NKJV

Power, breeds lions and wolves; lions whose roar is the sound of mayhem and slaughter, wolves who feast on the vulnerable and leave nothing for the morning. This would be like saying: WOE TO ANYONE WHO BELIEVES THAT THE POWERFUL WILL SAVE THEM. AND WOE TO THOSE WHO, WHEN GIVEN POWER, OPPRESS THE HELPLESS.

Of all the world’s addictions, power is to be feared the most, because it is the unbridled warrant for destruction. No person who desires to be powerful is fit to wield its sword. Perhaps this is why God selects leaders who are unsuited for the task. If you hear of someone who desires a high-held position and they say, ‘I can straighten things out,’ then we should run from them because they cannot be trusted with that sword.

“NO MAN CAN HOLD THE SWORD OF POWER FOR LONG WITHOUT ABUSING ITS FORCE AND ANY MAN WHO THINKS HE IS ABLE TO DO SO WITHOUT THE HUMILITY THAT COMES FROM STANDING BEFORE A HOLY GOD IS A BIGGER FOOL THAN THE FATHER OF LIES.” – Skip Moen

What we need then, are leaders who are in constant conversation with God. Prayer makes us human. Leaders who do not pray will become roaring lions and evening wolves. The only answer to power is to stand in God’s presence—often.

But our problem in this modern culture is: WE DON’T PRAY. Therefore in our headlong spiral of disobedience to God, only insanity (pride) can explain the complete disregard for the existence of God and failure to heed the call of the Creator.

To be insane (full of pride) means to be in praise of myself. And this leads only to self-destruction.

There is no ground for argument or negotiation with prideful, power-hungry people. Because until they come to their right-mind, and humble themselves before the Lord, they will be dangerous to themselves and to anyone around them.

This warns us: because to remove the spiritual component of our behavior would be a mark of cultural insanity (pride).