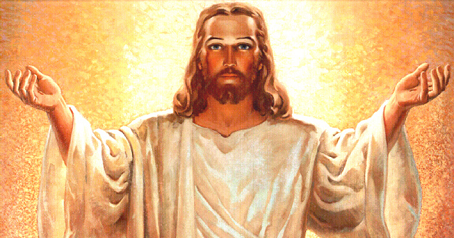 Today we’ll look at one of the most troubling verses in the Bible. Not everyone who says ‘Lord Lord’ is a believer. In these verses Jesus isn’t talking about other religions. He’s talking about people who go to church and maybe preach or teach or sing in the choir.

Think about that. Not everyone who says ‘Lord, Lord’.

Jesus isn’t talking about people from other religions.

He’s not talking about people who have never heard about Jesus.

He’s talking about folks who know the Gospels and who know who Jesus is.

These people have prophesied in His name. That means they preached or taught from the Bible. These people have done great and marvelous things in the name of Jesus. They have given to the church. They have sung in the choir. They have helped setup tables and chairs for different functions. They have been active within their church. Perhaps they have handed out flyers or knocked on doors or performed other helpful things for the church. Perhaps they have been on different committees or boards and served in this fashion.

–Believe they are Christian

–Believe they are saved

–Believe they are going to heaven

–Believe they have eternal life

–They believe; but are very, very wrong in their belief

There are people in this world who believe they are Christian; but they aren’t.

There are people in this country who believe they are saved; but they aren’t.

There are folks in this church who believe they’re going to heaven; but they aren’t.

This verse raises the question, “If they believe…, why aren’t they saved?”

Let’s look at some other scriptures to find out why.

Keep this current verse marked because we’ll return to it after a while.

Testimony Or Record. Which word you read depends on your version of the Bible.

But this word is important to understand because of what it implies. Let me explain…

If you were called as a witness to a jury trial in a court, you would be seated in the witness seat and questioned by the lawyers or perhaps the judge. Everything you say would be recorded by the stenographer. It’s written down and a record of the transcript is kept for review at a later time. Depending on your testimony, this document may be read by other lawyers or judges. The point is that it’s a record of what you testified about.

That’s what the Apostle John is saying in this verse, these words are a written record of his testimony about God and Jesus Christ.

The record states that God has given…

You already know this, but this needs to be mentioned again. It’s easy for us to forget because this world is so physical, so materialistic, that our lives and time are spent with the physical stuff. But Salvation is Free. It’s a Gift.

Keep in mind that this gift doesn’t come by itself. It’s IN something. At Christmas time, or on birthdays, we exchange gifts. Those gifts come wrapped in paper or are packaged in a box; maybe a gift bag. But keep in mind, the gift comes packaged.

God’s gift also comes packaged. It is IN the Son, Jesus Christ.

Let’s return to our scripture in Matthew chapter 7. What does Jesus say about these people?

Jesus said ‘I never Knew you.’ There are many verses in the Bible about Know/Knew. To know, to learn, to be aware, to acknowledge, to understand, to recognize, to realize, to remember. This involves mental agreement, mental knowledge, mental learning, the discovering of ideas.

Mary says to Gabriel, Luke 1:34 How can this be since I do not know a man?

When Jesus said, I never knew you. He had not experienced a relationship with these people.

The idea that Jesus never Knew those people, carries the same connotation as Adam Knew his wife, and Mary had not known a man. This idea means to have a ‘relationship’ with.

Jesus wants a relationship with people, not head knowledge about them.

I know about Brian Kemp, the governor of Georgia. I can read about him. I can learn about his life, his ideas, his policies, his goals, etc. Perhaps I campaigned for him during his election. Perhaps I collected money to help him win the election. Perhaps I held rallies or attended campaign functions. All of this is head knowledge.

But do they KNOW Jesus?

If you were to ask Brian Kemp if he knows me, he would answer, “I don’t know him.”

On the other hand:

I have met Dean, our class teacher.

I can always learn more about Dean, but we have established a relationship. Our knowing each other is not merely head knowledge, it is an experiential relationship.

But perhaps you may say, doesn’t scripture say that we must believe in order to be saved? Isn’t belief the requirement for salvation?

We read in scripture…

Acts 16:31 So they said, “Believe on the Lord Jesus Christ, and you will be saved,

Mark 16:16 He who believes…will be saved; but he who does not believe will be condemned.

The Bible says ‘to believe’ and that it’s not by good works. So, shouldn’t believing be enough?

Well, not exactly. Let me explain.

James 2:19 You believe that there is one God. You do well. Even the demons believe—and tremble!

Whoa. The demons believe but that won’t save them. What’s going on here?

John 8:30 ff As He spoke these words, many believed in Him. Then Jesus said to those Jews who believed Him, “If you abide in My word, you are My disciples indeed. … Jesus answered them, … I know that you are Abraham’s descendants, but you seek to kill Me, because My word has no place in you. I speak what I have seen with My Father, and you do what you have seen with your father. … Jesus said to them, … Why do you not understand My speech? Because you are not able to listen to My word. You are of your father the devil, and the desires of your father you want to do. …

This becomes confusing if we don’t fully understand the difference. Jesus is speaking to Jews ‘who believed Him’, yet it was these very same people who Jesus said they were of their father the devil.

The answer to this question can be understood in that there are different kinds of ‘belief’.

Belief with the mind.

In our verses from Matthew, those people believed. But they believed with their mind.

So, what kind of belief is necessary for salvation?

Proverbs 3:5-6 Trust in the LORD with all your heart, and lean not on your own understanding; In all your ways acknowledge Him, And He shall direct your paths.

Let me tell a story about the difference between Heart and Head belief.

All of the people believed (head knowledge) that the tightrope walker could accomplish what he said.

Do you now see the difference?

That’s the kind of thing Jesus is asking of you and me. Are we willing to cast aside all caution and place our lives, or entire self into His hands?

In Matthew 7, Jesus said he never Knew those folks. As I said earlier,

Each of us must examine our hearts. What is in them? What do we believe? Do we trust Jesus with everything in our lives, or do we hold back some things so we can control and maintain them as we desire?

Let’s return to one of our earlier verses.

The Apostle John wrote this testimony, this record, so that readers would KNOW they had God’s gift of eternal life.

Do you KNOW you have God’s gift of eternal life?

How do you know this? Is it because you have a heart-relationship with Jesus?

Or is it only head knowledge?