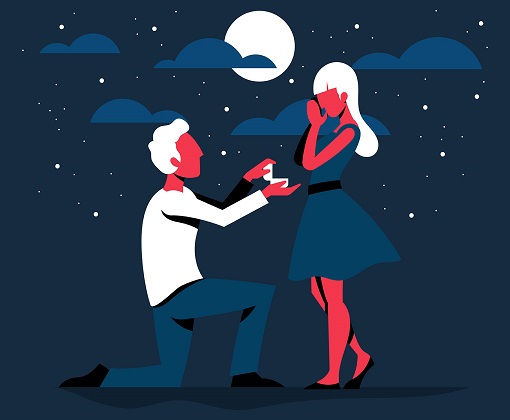 A number of years ago, I had the privilege of teaching at a school of ministry. My students were hungry for God, and I was constantly searching for ways to challenge them to fall more in love with Jesus and to become voices for revival in the Church. I came across a quote attributed most often to Rev. Sam Pascoe. It is a short version of the history of Christianity, and it goes like this: Christianity started in Palestine as a fellowship; it moved to Greece and became a philosophy; it moved to Italy and became an institution; it moved to Europe and became a culture; it came to America and became an enterprise.

Hand raised, Some of the students were only 18 or 19 years old–barely out of diapers–and I wanted them to understand and appreciate the import of the last line, so I clarified it by adding, “An enterprise. That’s a business.” After a few moments Martha, the youngest student in the class, raised her hand. I could not imagine what her question might be. I thought the little vignette was self-explanatory, and that I had performed it brilliantly. Nevertheless, I acknowledged Martha’s raised hand, “Yes, Martha.” She asked such a simple question, “A business? But isn’t it supposed to be a body?” I could not envision where this line of questioning was going, and the only response I could think of was, “Yes.” She continued, “But when a body becomes a business, isn’t that a prostitute?”

The room went dead silent. For several seconds no one moved or spoke. We were stunned, afraid to make a sound because the presence of God had flooded into the room, and we knew we were on holy ground. All I could think in those sacred moments was, “Wow, I wish I’d thought of that.” I didn’t dare express that thought aloud. God had taken over the class.

Martha’s question changed my life. For six months, I thought about her question at least once every day. “When a body becomes a business, isn’t that a prostitute?” There is only one answer to her question. The answer is “Yes.” The American Church, tragically, is heavily populated by people who do not love God. How can we love Him? We don’t even know Him; and I mean really know Him.

What do I mean when I say “really know Him?” Our understanding of knowing and knowledge stems from our western culture (which is based in ancient Greek philosophical thought). We believe we have knowledge (and, by extension, wisdom) when we have collected information. A collection of information is not the same thing as knowledge, especially in the culture of the Bible (which is an eastern, non-Greek, culture). In the eastern culture, all knowledge is experiential. In western/Greek culture, we argue from premise to conclusion without regard for experience–or so we think.

An example might be helpful here. Let us suppose a question based upon the following two premises: First, that wheat does not grow in a cold climate and second, that England has a cold climate. The question: Does wheat grow in England? The vast majority of people from the western/Greek culture would answer, “No. If wheat does not grow in a cold climate and if England has a cold climate, then it follows that wheat does not grow in England.” In the eastern culture, the answer to the same question, based on the same premises, most likely would be, “I don’t know. I’ve never been to England.” We laugh at this thinking, but when I posed the same question to my friends from England, their answer was, “Yes, of course wheat grows in England. We’re from there, and we know wheat grows there.” They overcame their cultural way of thinking because of their life experience. Experience trumps information when it comes to knowledge.

A similar problem exists with our concept of belief. We say we believe something (or someone) apart from personal experience. This definition of belief is not extended to our stockbroker, however. Again, allow me to explain. Suppose my stockbroker phones me and says, “I have a hot tip on a stock that is going to triple in price within the next week. I want your permission to transfer $10,000 from your cash account and buy this stock.” That’s a lot of money for me, so I ask, “Do you really believe this stock will triple in price, and so quickly?” He/she answers, “I sure do.” I say, “That sounds great! How exciting! So how much of your own money have you invested in this stock?” He/she answers, “None.” Does my stockbroker believe? Truly believe? I don’t think so, and suddenly I don’t believe, either. How can we be so discerning in the things of this world, especially when they involve money, and so indiscriminate when it comes to spiritual things? The fact is, we do not know or believe apart from experience. The Bible was written to people who would not understand the concepts of knowledge, belief, and faith apart from experience. I suspect God thinks this way also.

So I stand by my statement that most American Christians do not know God–much less love Him. The root of this condition originates in how we came to God. Most of us came to Him because of what we were told He would do for us. We were promised that He would bless us in life and take us to heaven after death. We married Him for His money, and we don’t care if He lives or dies as long as we can get His stuff. We have made the Kingdom of God into a business, merchandising His anointing. This should not be. We are commanded to love God, and are called to be the Bride of Christ–that’s pretty intimate stuff. We are supposed to be His lovers. How can we love someone we don’t even know? And even if we do know someone, is that a guarantee that we truly love them? Are we lovers or prostitutes?

I was pondering Martha’s question again one day, and considered the question, “What’s the difference between a lover and a prostitute?” I realized that both do many of the same things, but a lover does what she does because she loves. A prostitute pretends to love, but only as long as you pay. Then I asked the question, “What would happen if God stopped paying me?”

For the next several months, I allowed God to search me to uncover my motives for loving and serving Him. Was I really a true lover of God? What would happen if He stopped blessing me? What if He never did another thing for me? Would I still love Him? Please understand, I believe in the promises and blessings of God. The issue here is not whether God blesses His children; the issue is the condition of my heart. Why do I serve Him? Are His blessings in my life the gifts of a loving Father, or are they a wage that I have earned or a bribe/payment to love Him? Do I love God without any conditions? It took several months to work through these questions. Even now I wonder if my desire to love God is always matched by my attitude and behavior. I still catch myself being disappointed with God and angry that He has not met some perceived need in my life. I suspect this is something which is never fully resolved, but I want more than anything else to be a true lover of God.

So what is it going to be? Which are we, lover or prostitute? There are no prostitutes in heaven, or in the Kingdom of God for that matter, but there are plenty of former prostitutes in both places. Take it from a recovering prostitute when I say there is no substitute for an unconditional, intimate relationship with God. And I mean there is no palatable substitute available to us (take another look at Matthew 7:21-23 sometime). We must choose.