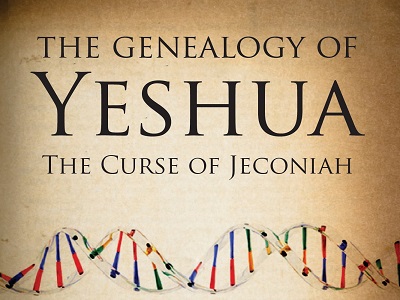 Today, let’s solve a mystery which the Bible presents. But to accomplish that, we need a bit of a history lesson.

We are familiar with Daniel and his companions, how they were snatched up by Nebuchadnezzar in the first siege of Jerusalem.

In the third year of the reign of Jehoiakim king of Judah, Nebuchadnezzar king of Babylon came to Jerusalem and besieged it. And the Lord gave Jehoiakim king of Judah into his hand, with some of the articles of the house of god, which he carried into the land of Shinar to the house of his god; and he brought the articles into the treasure house of his god. Then the king instructed Ashpenaz, the master of his eunuchs, to bring some of the children of Israel and some of the kings’ descendants and some of the nobles, young men in whom there was no blemish, but good-looking, gifted in all wisdom, possessing knowledge and quick to understand, who could serve in the king’s palace, and whom they might teach the language and literature of the Chaldeans. Daniel 1:1-4 (NKJV)

These events took place in 605 BC. The king, Jehoiakim, was kept as king of Judah but was made into a vassal and forced to pay tribute to Babylon. This didn’t sit well with the Jews, and the people of Jerusalem encouraged Jehoiakim to rebel against Nebuchadnezzar. The prophet, Jeremiah, told the king to submit to the Babylonians because the captivity and vassal-ship were from God.

In the third year, the king stopped paying tribute to Babylon. Nebuchadnezzar didn’t like this one little bit, and he again attacked Jerusalem. The siege lasted five years. During the siege, Jehoiakim, king of Jerusalem, died. His son, Jeconiah took the throne and reigned for three months and ten days, at which time the city fell to Nebuchadnezzar. The year was 597 BC.

For clarification, Jeconiah is also known in scripture as Jehoiachin and Coniah. Both Jehoiakim and Jeconiah were wicked men in the eyes of the Lord.

Above, I’ve attempted to paint a picture of the historical situation with Jerusalem and two of her kings. Now Jeremiah issues a prophecy that may have had Satan celebrating because it appears God has painted Himself into a corner.

Here is the problem.

God, through the prophet Samuel, told both David and Solomon that their House, kingdom, and throne would last forever.

However, God told Jeremiah the following: Thus says the Lord: ‘Write this man down as childless, a man who shall not prosper in his days; for none of his descendants shall prosper, sitting on the throne of David, and ruling any more in Judah.’ Jeremiah 22:30 (NKJV)

God has indicated that Messiah would come through the royal line of David. However with Jeconiah, the royal line is to be considered empty, childless, ended. How could Jesus be under the curse of Jeconiah?

God cannot lie, but these two verses are in direct conflict with each other. This creates a very fascinating theological problem. To solve this you have to look at the genealogies in both Matthew and Luke.

Luke is a gentile. He is concerned with Christ’s humanity. He starts his genealogy with Adam and goes down to Abraham then down to David. This is identical to Matthew’s genealogy up to this point. Luke changes things up, he doesn’t go through Solomon, and he goes through the second surviving son of Bathsheba, Nathan. Then he takes the genealogy down to Eli, who is the father of Mary.

Both Joseph and Mary were descendants of David, but through different Davidic sons: Joseph through Solomon, and Mary through Nathan.

Jesus, being born of Mary by virgin birth, still places the Lord in the family line of David. But not of lineage through Joseph. The curse does not apply.

Joseph adopted Jesus as his own son. Jesus now becomes of the Royal House of David.