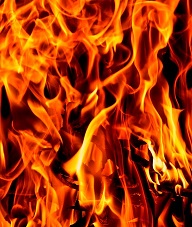 On the contrary: “If your enemy is hungry, feed him; if he is thirsty, give him something to drink. In doing this, you will heap burning coals on his head.” (Romans 12:20 [NIV])

Down through the years, the above verse has caused a great bewilderment among Bible readers. Beginning at Romans 12:9, Paul shares with believers, different ways to put love-into-action. The last phrase in verse twenty doesn’t appear to fit into this message. So, how does Paul’s quote of Proverbs 25:22: “In doing this, you will heap burning coals on his head”, exhort his readers to please God?

Multiple Bible preachers and scholars have attempted to explain this verse to help everyday Christians understand how this verse fits into the context which Paul implies: ‘love is always beneficial to others.’

‘it is very likely that the latter clause of this verse, Thou shalt heap coals of fire upon his head, is a metaphor taken from smelting metals. The ore is put into the furnace, and fire put both under and over, that the metal may be liquefied, and, leaving the scoriae and dross, may fall down pure to the bottom of the furnace. This is beautifully expressed by one of our own poets, in reference to this explanation of this passage: -

Multiple other interpretations provide variations of either of the two above ideas.

Today’s reader will often interpret the verse with their own social and cultural bias. Or, perhaps the reader will read the verse, not understand it, and keep on reading. None of the common interpretations appear to satisfy the cultural background behind Paul’s words. Therefore, it becomes necessary to examine context from a perspective of Jewish culture.

How did the original readers understand this phrase? The problem phrase must somehow relate to a Jewish figure of speech. This forces a student of Scripture to dig deep for something common-place to the Apostle’s audience.

The last phrase of this verse is a quote from Proverbs 25:21-22. The idea to ‘heap coals on his head’ goes back further into Jewish history. What would that term refer about during the Israelite monarchy period?

Ask this question: ‘When did Sulphur-tipped matches appear in history?’ The exact date is arguable, but all would agree no matches existed in the New or Old Testament times. Therefore, how would the Israelites maintain a fire for use in the home? The housewife was responsible for maintaining a fire for cooking, heating water, etc. What did the woman of the house do when her fire went out?

In Bible times … the only fire the people have in their dwellings is kept in a brazier or in a clay pot. Here coals of charcoal are continuously kept burning. If this charcoal fire ever goes out, some member of the family must take the brazier or pot to a neighbor’s house to borrow some live coals from him. In those countries, almost everything is carried on the head—water jars, baskets of fruit, vegetables, or any other article, including the firepot. After receiving some fresh coals from her neighbor, a female member of the family lifts the brazier to her head and starts for home. If the neighbor happens to be a truly generous woman, she will “heap” the brazier or pot with fresh, hot coals; if she is stingy or reluctant, she may only give a few tiny embers. … heaping his empty, cold brazier with live coals for his food and warmth. This would be a symbol of the finest generosity and sincerity. [Emphasis mine]

Believers may never know for certain the exact cultural context, however, the idea that G. Christian Weiss puts forth would be the most reasonable and it meets the test of being in line with the rest of Paul’s chapter of how to put love-into-action.