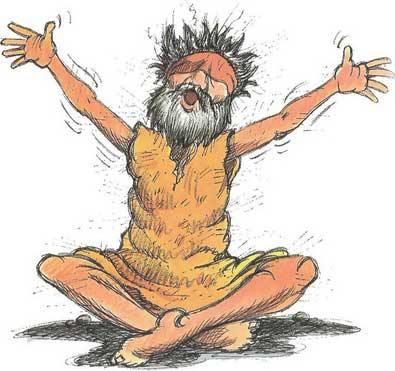 Let’s have some fun, today. Read the four scripture sections below, then we’ll tell a story about four blind men.

Mark 10:46-52 [NKJV] Now they came to Jericho. As He went out of Jericho with His disciples and a great multitude, blind Bartimaeus, the son of Timaeus, sat by the road begging. And when he heard that it was Jesus of Nazareth, he began to cry out and say, “Jesus, Son of David, have mercy on me!” Then many warned him to be quiet; but he cried out all the more, “Son of David, have mercy on me!” So Jesus stood still and commanded him to be called. Then they called the blind man, saying to him, “Be of good cheer. Rise, He is calling you.” And throwing aside his garment, he rose and came to Jesus. So Jesus answered and said to him, “What do you want Me to do for you?” The blind man said to Him, “Rabboni, that I may receive my sight.” Then Jesus said to him, “Go your way; your faith has made you well.” And immediately he received his sight and followed Jesus on the road.

Mark 8:22-25 [NKJV] Then He came to Bethsaida; and they brought a blind man to Him, and begged Him to touch him. So He took the blind man by the hand and led him out of the town. And when He had spit on his eyes and put His hands on him, He asked him if he saw anything. And he looked up and said, “I see men like trees, walking.” Then He put His hands on his eyes again and made him look up. And he was restored and saw everyone clearly. Then He sent him away to his house, saying, “Neither go into the town nor tell anyone in the town.”

John 9:1-7 [NKJV] Now as Jesus passed by, He saw a man who was blind from birth. And His disciples asked Him, saying, “Rabbi, who sinned, this man or his parents, that he was born blind?” Jesus answered, “Neither this man nor his parents sinned, but that the works of God should be revealed in him. I must work the works of Him who sent Me while it is day; the night is coming when no one can work. 5 As long as I am in the world, I am the light of the world.” When He had said these things, He spat on the ground and made clay with the saliva; and He anointed the eyes of the blind man with the clay. And He said to him, “Go, wash in the pool of Siloam” (which is translated, Sent). So he went and washed, and came back seeing.

In the first scripture above, the blind men from Jericho ask Jesus to heal their eyes so they may see. Jesus accomplishes the miracle.

In the second scripture reference, blind Bartimaeus requested of Jesus to be healed. Note: the first and second references are of two separate instances. In the first, Jesus is leaving Jericho. In the second, Jesus is approaching the town.

In the third scripture, Jesus enabled the man to see.

In the fourth scripture, Jesus told the man to wash in the pool of Siloam.

Now, let’s you and I have some fun with a fictional story.

Imagine, Jesus has already ascended into heaven, and these men agree to meet to talk about Him.

They arrive at the appointed time and spend the day singing praises to the Lord and rejoicing in their opportunity to have met the Son of God. They had a gloriously enjoyable time with each of their new friends. Toward evening as they sat around a fire, each man shared the story of his healing experience.

The first recounted the incident and said, “I was healed by Jesus’ touch.”

The second shared his story and, “I was healed by my faith.”

The third said he was healed by Jesus’ spit.

The last man said, “My healing was from Jesus’ poultice when I washed it off.”

“Say what?” said the first man. “Look, I felt the touch of his hands. There was power in his fingers. They were gentle and soothing, no pain. My vision returned with his touch. So how can you say that it was something else?”

The second man, Bartimaeus, shook his head. “No, all healing comes by faith. Faith, that’s what He said. My faith is what made me well. We must all have faith in Him to do all things as the creator of heaven and earth.”

“No, no, no, no,” said the third man. “You have it all wrong. His spit had the power. That’s where my healing came from.” He pointed a boney finger at Bartimaeus, “Your faith is pie-in-the-sky. Faith doesn’t bring about healing? You need something tangible, not wimpy faith.”

The fourth man scoffed at his friends. “You’re missing the whole point. This dust on the ground, there are healing properties in it. Jesus knew that secret and He put the mud-pack on my eyes. That’s where the power came for to restore my sight.” He fingered the pouch at his waist. “I will carry this dust with me for the rest of my life. This dust has the ability to heal. This dust is where the power came from.”

“You’re wrong,” the first man shouted. “The healing was by His touch.”

Bartimaeus clasp his hands together and said, enunciating each word, “All - healing - is - by - faith. Without faith, nothing can happen, nothing can please God, and nothing will be of any spiritual value.”

The third man shook a fist toward the others. “You’re wrong, every one of you. Jesus’ power was in His spit. I ought to know, that’s how my sight was restored.”

The fourth man stood and held out his hands to silence the others. “Nope. Healing comes from this dust. It just has to be the dust. Nothing else makes sense.”

Their arguments continued into the night: none would relent, and their disagreements became increasingly heated. No one slept as they muttered and grumbled under their breath, threatening each other and growling their hatred.

Toward morning each man slipped away to his home. They never met again.

In our little story above, the gentlemen were focused on the method of how they were healed. Their attention had centered upon the technique or process by which their sight was restored.

How often do we, as believers, focus upon the method or process or program or esteemed teacher rather than on the person of Christ? In our story, the one common factor in each man’s healing was the Jesus, without Him nothing would have happened.

Too often, Christians are engrossed in the method that something is accomplished. Instead, our focus should be on the Lord of Creation. Each person, congregation, situation, culture, and circumstance is different. No two are the same, each is unique. Christ knows the best way to accomplish what is required.

In our story of the blind men, Jesus knew the heart of each man. He understood where they were in their spiritual life, and at what junction of life’s road the men needed to be directed. He knew how to focus the healing to nudge the man toward greater love of God. The process was only the means to help the man grow.